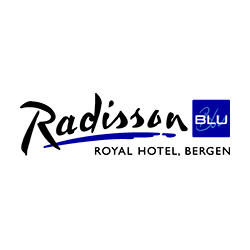 The Radisson Blu Royal Hotel, Bergen is nestled next to Bryggen, the city’s historic wharf area – one of Norway’s most popular attractions and a UNESCO World Heritage site. Bryggen is testament to Bergen’s important role as a port during the days of the Hanseatic League’s trade empire. The hotel sits next to a charming row of traditional, colorful wooden buildings lining the old pier, with beautiful views over the marina.